Dr. Carl Jarvis graduated from Dalhousie Medical School in 1993. After practicing in Washington State near the Hanford Nuclear site for eight years, he moved to Sudbury, Ontario in 2003 for his PGY3 year in Emergency Medicine. He has been an emergency physician at the Halifax Infirmary since 2005. He was the Medical Director of Emergency Preparedness at the health authority from 2006 to 2016. He has served as an expert in disaster preparedness in a variety of local, provincial and national projects, and is on the team that developed and delivers Health Canada’s METER course (Medical Emergency Treatment for Exposure to Radiation). He has participated in international medical aid, including in Sierra Leone in 2007, Japan following the 2011 tsunami, and Haiti in 2016. He is currently the executive director of the Centre for Excellence in Emergency Preparedness. In 2016 he was appointed Medical Director for Emergency Preparedness at EHS, the Nova Scotia provincial EMS service.

Dr. Jarvis can be reached at carl.jarvis@nshealth.ca 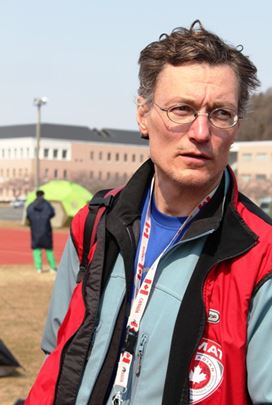