Jolene Cook completed the Dalhousie EMS fellowship in 2012-2013 and has remained an active member of the EMS division since.  She's a senior editor on PEP, an instructor for PEBP, a co-investigator on a number of research projects and supervises EMS Fellows, residents and medical students doing EMS rotations.   She's been an emergency physician at the QEII since 2012 after completing the CCFP (EM) program in 2012.  Prior to that she was a general duty medical officer in the Canadian Air Force and completed several tours internationally during her return of service 2007-2011.  She's also a member of Médécins Sans Frontières (MSF)/Doctors Without Borders and has done one mission to Haiti for 6 months with them.  She continues to do volunteer work with Team Broken Earth delivering emergency medical care and supervising Dalhousie Residents in Port-au-Prince, Haiti.  She is also the regional EMS medical oversight physician for the Northern region of Nova Scotia.

Jolene Cook can be reached at jolene.jo@gmail.com 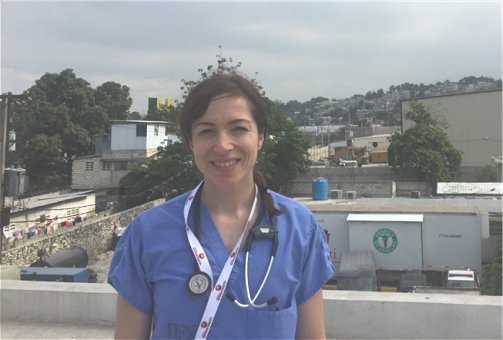