Dr. Jain grew up in the Annapolis Valley, Nova Scotia where he received his BSc from Acadia University in 1993.  While still in high school Dr. Jain joined the Canadian Armed Forces as an infantry soldier.  He continued his studies in Halifax where he obtained his MD from Dalhousie Medical School.  During medical school he was seconded by the military for the Swiss Air Disaster to design, set up and run the morgue as the pathology operations officer.  He was awarded the Meritorious Service Medal of Canada for his efforts by the Governor General in 1999.  He attended Ottawa University where he completed family medicine residency and joined the Royal Canadian Medical Service branch in 2001.   Dr. Jain deployed to multiple austere locations providing medical support to both armed conflicts and humanitarian operations.  It was here he developed a keen interest in Disaster medicine.   He completing his dive medicine and flight surgeon qualification during his full time service with the army.    He attended Queen’s University completing 3 years of additional emergency medicine training.  He recently returned from a Middle East deployment where he received a military commendation for education and training of Canadian Armed Forces Medics.  He holds subspecialty in Disaster Medicine and currently is completing his PhD in this area.  He has taught Disaster medicine in Europe and in Atlantic Canada and has been invited by the International Federation of Medical Students to developed pre hospital module for their Disaster Medicine Course.    In May of 2012 he envisioned a BSc in Paramedicine degree for the Atlantic region.  Working with the Provincial Government of PEI, the University of Prince Edward Island and Holland College the Program was sanctioned with enrollment starting in 2017.  He is the Medical Director for Paramedicine Programs at Holland College and the Program Director for the Degree Program in Paramedicine at UPEI.  His latest research project involves the use of UAV’s during MCI’s. He is an attending Emergency Physician at the Queen Elizabeth Hospital.  He continues to serve in the army as the 36 Canadian Brigade Group Surgeon and the Deputy Commanding Officer of the Prince Edward Island Regiment.  He is a humble servant to his wife Kara and a taxi driver to his beautiful daughters Sydney and Natasha.

Dr. Jain can be reached by email: tjain@upei.ca 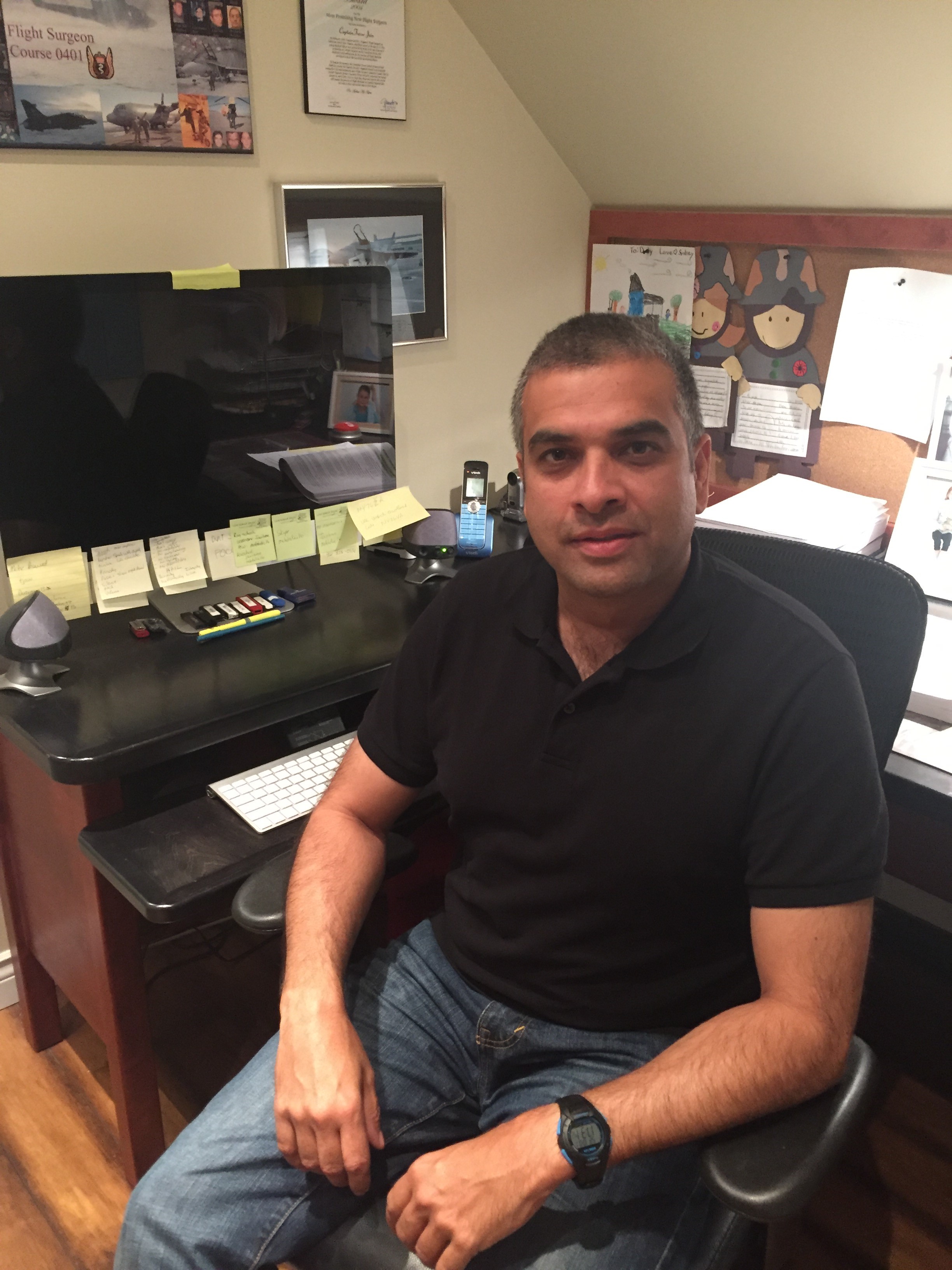