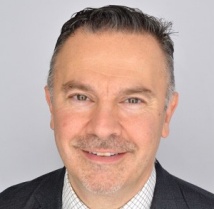 In 2007, he was recruited to University of Illinois at Chicago (UIC) to lead both the advanced aortic surgery and heart failure programs; he was promoted to Associate Professor of Surgery (with tenure) in 2011. During his 10 years at UIC, Chedrawy served as Medical Director for Cardiothoracic Surgery and Vice-Chairman of Department of Surgery (Quality and Education) at Tenet Healthcare Weiss Hospital.  With his completion of a Master’s in Health Administration (MHA) at the UIC School of Public Health, he subsequently pursued Certified Physician Executive (CPE) certification before moving home to Nova Scotia in May 2017.

Chedrawy currently practices at Queen Elisabeth II Health Sciences Center in Halifax, Nova Scotia and is an Associate Professor of Surgery and Health Administration at Dalhousie University. Dr. Chedrawy was promoted to Head, Division of Cardiac Surgery, at Nova Scotia Health Authority in November 2018. Chedrawy’s clinical career has focused on minimally invasive cardiothoracic surgery and cardiac surgery for advanced heart failure including heart transplantation and mechanical circulatory support; academically, his primary focus has been medical education. Administratively, he has served in leadership roles with regard to medical staff issues, medical education, Quality and Patient Safety, as well as physician practice management and strategic planning for surgical programs.

Dr. Chedrawy currently serves on the Society of Thoracic Surgeons Workforce for Quality and Patient Safety and is Co-Chair of the Heart Health Interdisciplinary Quality Improvement Council at Nova Scotia Health Authority.