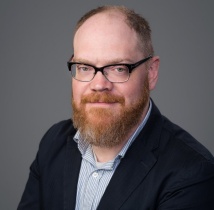 External beam radiotherapy (EBRT) is most commonly delivered using a linear accelerator (linac) that consists of a gantry, from which the radiation beam is emitted, and a patient couch, on which the patient lies while radiation is being delivered.  Both the gantry and couch can rotate about a common isocenter with the patient’s tumour at isocenter.  In this manner, radiation can be directed to the tumour from a number of different entrance angles in order to minimize radiation toxicity to sensitive normal structures in the patient’s body.  In most cases, the choice of the entrance angles are determined manually by the planner and therefore may not be optimal in terms of minimizing radiation dose to normal structures.

If one looks at all possible entrance angles as occupying a 4pi sphere of possibilities, then algorithms can be devised to select the optimal entrance angles to treat the tumour while avoiding entrance radiation to the normal structures.   This 4pi sphere would involve rotations of the gantry and patient couch to enable these entrance angles.  If the gantry and/or couch move while radiation is being delivered, a trajectory is traced out on this 4pi sphere.  Another degree of freedom available during treatment is the orientation of the linac collimator and direction of travel of the multi-leaf collimator (MLC) system which shapes the radiation beam.  The direction of travel of the MLCs can also greatly influence the amount of radiation normal structures will receive.

My research program is focused on optimizing the gantry, couch, and collimator angles to take full advantage of this 4pi space, and to accurately predict collisions through patient and linac modelling.  Using computer software, we can map out regions of overlap between the normal structures and the tumour from the point of view of the radiation source, identify collision zones, and use those as input into other software to create optimal trajectories.  We can also use similar maps to govern the orientation angle of the MLCs as radiation is being delivered.  The work we have done to date has shown that we can achieve reduced dose to normal structures and increased treatment efficiencies, while producing comparable tumour coverage.  This can translate into reduced toxicities for patients, increased quality-of-life for patients, and potentially reduced treatment times.

Our initial work was in cranial treatments (SRS), and we are currently moving into extra-cranial treatments (SBRT), and investigating other applications beyond SRS and SBRT for the algorithmic framework we have developed.   As radiation linac vendors begin to allow simultaneous coordinated motion of all axes of rotation of their linacs in clinical scenarios, the research horizon expands to allow more complex delivery situations, which in term will require more complex quality control of treatments and optimization of treatment plan design to work within the mechanical restrictions of the linacs in order to produce safe plans of high quality.

Medical Physics Teacher of the year – 2013

Other interests and achievements