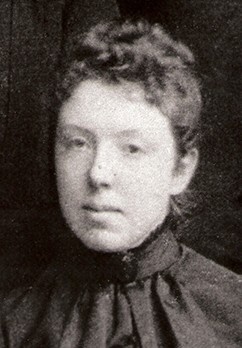 Annie Isabella Hamilton was the first woman to graduate from Dalhousie Medical School in 1894.

As part of celebrating Dalhousie Medical School's 150th anniversary in 2018, a report was compiled on the history of the DMAA [PDF - 15.5 MB].

A new force in Canadian medicine

Dalhousie Medical School's roots stretch back to September of 1843, when the Dalhousie College Act specified that a medical faculty be established within the college. With the support of the premier and a provincially-funded hospital located on the South Common, the Faculty of Medicine began its work in 1868, about 50 years after the founding of Dalhousie University.

The faculty was the fifth medical school in Canada. It was originally intended to provide only primary subjects to students who would finish their education at McGill, Harvard or the College of Physicians and Surgeons in New York, but we began offering a full program in the early 1870s and our first class graduated in 1872.

A foundation laid by our alumni

On the evening of June 19, 1958, Dalhousie medical graduates, families and guests gathered at the Nova Scotian Hotel to discuss the possibility of forming a medical alumni association [PDF - 95 kB]. In February 1960, the association became a reality, thanks to the efforts of dedicated Dalhousie graduates spanning half a century in medicine, including:

A place to learn

On July 14, 1967, the Sir Charles Tupper Medical Building opened, after the Government of Canada and the Province of Nova Scotia provided grants to Dalhousie University for the construction of the building to commemorate the centennial of confederation.

The building was named after the Honourable Sir Charles Tupper, who was a dedicated physician, father of confederation, premier of Nova Scotia, prime minister of Canada and the first president of the Canadian Medical Association.

We’re grateful to the following people and organizations for helping to make the Sir Charles Tupper Medical Building a reality: