Department of Pediatrics Faculty of Medicine 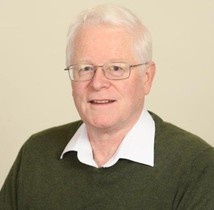 Initially at the University of Calgary (currently professor emeritus), Dr. McMillan was Chief of the Division of Neonatal-Perinatal Medicine (1980-1995). In 2004, he moved to Dalhousie University and the IWK Health Centre (Division Head, 2004-2009) where he currently holds a university post-retirement position and is currently Interim Division Head.

Dr. McMillan’s research during his career includes studies in basic sciences, clinical trials, ethics, epidemiology and education. He has been actively involved in education of various health care professionals, including being the director of the Fellowship Program in Neonatal-Perinatal Medicine both in Calgary and Halifax. Most of his current research focuses on newborn care programs in the developing world.