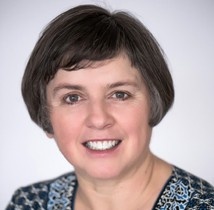 Dr. Krista Jangaard is an associate professor within the Departments of Pediatrics and Obstetrics & Gynecology. Currently she serves as the Vice President of Medicine and Academic Affairs at the IWK Health Centre and as the Neonatal Clinical Advisor to the Reproductive Care Program of Nova Scotia, which provides the dual purpose of perinatal clinical standard review and data collection for the population.

Dr. Jangaard has participated in a number of population-based neonatal outcome studies utilizing the Nova Scotia Perinatal Database. Her research interests are in the areas of neonatal outcomes with respect to hyperbilirubinemia, breastfeeding/nutrition, development linked to physical environment, maternal diabetes and maternal inflammatory conditions.

Dr. Jangaard is actively involved in many aspects of undergraduate and pediatric education. She is strongly supportive of a case-based learning curriculum and of the Research in Medicine (RIM) program.