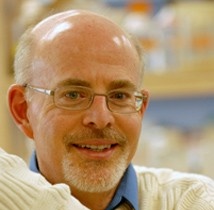 Role of S100A10 in tumor growth, invasion and metastasis.

The defining characteristic of a tumor cell is its ability to escape the constraints imposed by neighboring cells and membranes, invade the surrounding tissue and metastasize to new sites in distant tissues. This invasive property of tumor cells involves attachment, localized proteolysis and migration through the proteolytically modified surrounding tissue. This localized proteolysis is dependent on activation of proteases at the cell surface or the release of the proteinases from tumor cells and tumor-associated cells. One of the major proteinases thought to participate in the pericellular proteolysis associated with the invasive program of tumor cells is plasmin. Plasmin is a fundamentally important enzyme involved in physiological processes such as blood clot lysis and pathological processes such as tumor growth and metastasis. Recent work from our laboratory has shown that the protein, S100A10, regulates the production and activity of plasmin at the cell surface. Furthermore, using several animal models of cancer, we have shown that S100A10 regulates tumor growth, invasiveness and metastasis. We are utilizing biochemical, cellular and molecular biological approaches to study the mechanism by which S100A10 regulates plasmin and contributes to tumor growth and as well as the metastatic potential of cancer cells. Our findings will provide a deeper understanding of the cancer cell invasion process thereby allowing for future pharmacotherapeutic protease inhibitor design and for future translational research to prevent the escape of cancer cells from the tumor thus prolonging patient survival.

Regulation of fibrinolysis and angiogenesis by S100A10

Endothelial cells form the inner lining of vascular networks and maintain blood fluidity by inhibiting blood coagulation and promoting blood clot dissolution (fibrinolysis). An inability to turn on plasmin generation and digest blood clots leads to heart attack and stroke. We have shown that compared with wild-type mice, S100A10-null mice displayed increased deposition of fibrin in the vasculature and reduced clearance of vascular thrombi, suggesting a role for S100A10 in fibrinolysis in vivo. Compared to wild-type, endothelial cells from S100A10-null mice demonstrated a 40% reduction in plasminogen binding and plasmin generation in vitro. Furthermore, S100A10-deficient endothelial cells demonstrated impaired neovascularization of Matrigel plugs in vivo suggesting a role for S100A10 in angiogenesis. This study established an important role for S100A10 in the regulation of fibrinolysis and angiogenesis in vivo, and suggested that S100A10 plays a critical role in endothelial cell function. We are characterizing the role of S100A10 in fibrinolysis and angiogenesis using in vitro analysis and animal models.