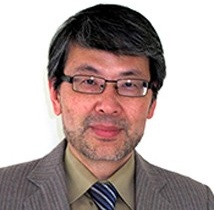 Molecular classification of lung cancer based on gene mutational status has a significant impact on patients' clinical management that is considered as one of the new directions in modern oncology. Dr. Zhaolin Xu is studying gene mutations in human lung cancer in correlation with pathologic characteristics of the tumor, clinical staging, responding to treatment and overall prognosis.

Lung cancer patients can be divided into various subgroups based on not only tumor morphology but also molecular profiling, and selected to receive personalized targeted therapy accordingly. Dr. Xu and his colleagues have established the QE II Lung Tumor Bank for research since 2005, which is certified by the Canadian Tumor Repository Network (CTRNet).

Dr. Xu is the principal investigator and director of the tumor bank which has become one of the largest human lung tumor banks in the country. Dr. Xu’s research interest also includes lung cancer metastasis and early detection, lung injury and interstitial lung disease.