Posted by Melanie Jollymore on May 8, 2018 in News
Dr Alexander Reid

In 1872, Dean of Medicine, Dr. Alexander P. Reid, led Dalhousie’s first graduating class of medical doctors through an elaborate oath, in Latin, declaring their tireless dedication to caring for the sick. Five young men received their hard-won parchments at this first convocation of Dalhousie Medical School. The school has graduated thousands of physicians in the 150 years since.

As the first dean of medicine at Dalhousie, Dr. Reid played an essential role, not only in forming the faculty and shaping the curriculum, but in convincing the powers-that-be of the time to establish a medical school in Halifax. The university governors were lukewarm to the idea, which they knew would be costly, and even the medical society of the day was not in favour initially, given the lack of an anatomy act to allow dissection and the lack of a general hospital for clinical teaching.

But the handful of physicians and surgeons who brought Dalhousie Medical School to life were undeterred by such technicalities. They obviously felt that, as long as they persevered, the necessary components would fall into place. And, indeed, it wasn’t long after the medical school was established that the Nova Scotia government passed the Anatomy Act and opened the Victoria General Hospital. 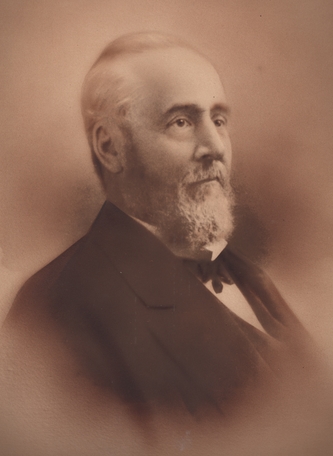 Dr. Alexander P. Reid was very influential among the dedicated medical practitioners who doggedly pursued their vision of a medical school in Halifax. A native of London, Ontario, he graduated from McGill University’s medical school and went on to pursue advanced medical training in Edinburgh, London (U.K.), Dublin, Paris and New York. And, before coming to Halifax, he practiced medicine in Ontario, the Northwest Territories and the West Coast, so he was an unusually cosmopolitan physician for the times.

He must also have been quite skilled with the quill. Among many writings, he took on the task of recording the minutes of the meetings that he and the other co-founders—Drs. Alexander G. Hattie, William Slayter, John Somers, Edward Farrell and Alfred Woodill—held in late 1867 and early 1868 to flesh out their plan for a medical faculty. They boldly called themselves “the faculty” from the very first meeting, as if the sheer force of will to see themselves that way would make it so.

Dr. Reid also penned the first description of the proposed new school, providing an overview of the faculty, curriculum, recommended textbooks, and clinical teaching sites. This was submitted to Dalhousie’s Board of Governors with a cover letter emphasizing the need for a medical school in Halifax.

“They said Halifax was a progressive and busy port… with a good hospital and dispensary and a chartered university. They noted that each year, fifty to seventy-five Maritime students studied medicine at other centres, sometimes at questionable institutions,” writes Dr. Jock Murray in his 2017 book, Noble Goals, Dedicated Doctors: The Story of Dalhousie Medical School.

The new self-proclaimed faculty made a compelling case. The Board of Governors was not enthusiastic about how quickly the faculty was moving, they wanted more time to deliberate. Even so, less than three months after the first meeting of Reid and his fellow founders, the board voted in favour of the medical school. Reid was named dean.

As dean of medicine from 1868 to 1887, Dr. Reid was vocal in expressing his views about public health, sanitation, and hygiene. He decried fellow physicians for focusing solely on individual patients, rather than the social and environmental conditions that influenced the health of the community as a whole. He advocated for better schools and playgrounds, proper disposal of sewage and garbage, and hygienic handling of water and milk supplies. He even co-authored a textbook for middle schoolers called The Health Reader that expounded in gory detail the harmful effects on every organ of alcohol, tobacco and narcotics.

He was also ahead of his time as an early proponent of germ theory and supporter of Dr. Lister’s use of the antiseptic agent, carbolic acid, for cleaning surgical instruments, incisions and wounds.

During his tenure as dean, he became superintendent of the Mount Hope Asylum (Nova Scotia Hospital) and the Victoria General Hospital. In supervising the asylum, his view that mental illness was caused by environmental factors was gradually replaced by the opinion that mental issues were hereditary and could not always be cured. He set up a program to have “incurable” patients transferred to facilities closer to their homes.

He did have some views that, while unpalatable today, were not uncommon at the time—such as the idea that selective breeding could prevent mental illness in future generations. He was considered eccentric by some people, in part for his habits of chewing tobacco flavoured with orange peels, visiting the hospital wards in his dressing gown and slippers, and tinkering with mechanical contraptions strewn across a workbench in his office.

Dr. Reid remained dedicated to Dalhousie Medical School throughout his long and illustrious career. If the school’s finances were in deficit at the end of the year, he and other members of faculty would reach into their own personal pockets to make up the shortfall—with no thought or hope of being repaid.

He eventually went on to become the chief officer of health for the province and launched the Nova Scotia Public Health Association. As Jock Murray notes in his book, the Maritime Medical News described Dr. Alexander P. Reid as “a man who seemingly could not grow old, and whose cheery industry and bright optimism made him a continual inspiration.”