Dal Med NB researchers getting to the heart of heart disease

Her research is key because, “we have at least 60 per cent of adults in Canada overweight or obese, and obesity is particularly prevalent in Atlantic Canada,” says Dr. Kienesberger, an assistant professor in Dalhousie Medical School’s Department of Biochemistry & Molecular Biology and part of a growing nucleus of cardiovascular researchers at Dalhousie Medicine New Brunswick. “It is estimated that over 30 per cent of people in Canada have diabetes or are pre-diabetic, and obesity is a major contributing factor. Diabetes and obesity increase the risk of heart disease dramatically,” she says. “I'm looking at obesity-induced, diabetes-induced heart disease from a whole-body perspective. The objective is to devise strategies for the prevention and treatment of heart disease in obese and diabetic individuals.”

In obesity, with its excess accumulation of fat, fat tissues can become dysfunctional and send toxic signals, including distinct fat molecules, to the heart. This weakens the heart muscle.

“Our goal is to protect the heart by finding ways to block the receptors that allow these toxic signals to bind with their targets in the heart,” Dr. Kienesberger says. “We’re also looking into ways of blocking the signals themselves.”

Dr. Kienesberger has “some promising results” she hopes to publish soon. The next step is to investigate drugs that reduce the production of toxic fat molecules or their ability to send cellular signals—which already exist for other conditions—to see if they can disrupt the potentially fatal communication between fat tissue and heart muscle. 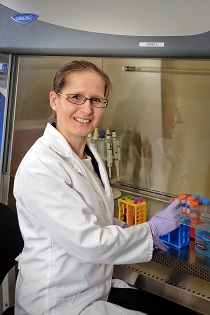 The Austrian-born scientist received a four-year, $260,000 Heart and Stroke Foundation of Canada new investigator award and a five-year $685,000 Canadian Institutes of Health Research (CIHR) grant to pursue her investigations. Other funding brings the total to just over $1 million.

As Kienesberger explains, the CIHR money means “we can compete on a national level and succeed in a satellite site. I am hiring people in the lab. That will be a boost to all of us.”

“She broke the glass ceiling in multiple ways for Dalhousie Medicine New Brunswick—not only as our first recipient of CIHR funding but as an early career investigator,” he says. “We are thrilled.” 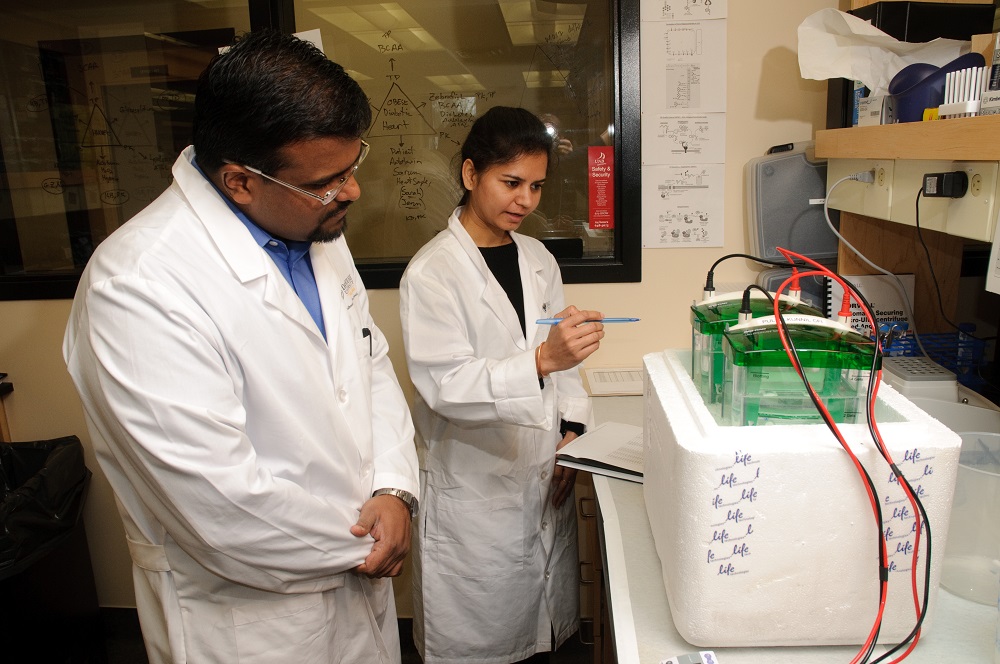 DMNB was founded in 2011 and the research program a year later. Dr. Brunt, Dr. Kienesberger and Dr. Thomas Pulinilkunnil were the first scientists recruited to DMNB—more hiring is underway.

The DMNB scientists work closely with the team of Dalhousie-affiliated cardiovascular surgeons and cardiologists at New Brunswick’s Horizon Health Network, as well as with their clinical and scientific colleagues in Halifax, in a highly cohesive and productive collaboration.

“Our mission is to grow and make sure we have a competitive team to trigger funding on a national and international stage,” says Dr. Brunt. “We’re building a solid foundation for future success.”

Dalhousie Medical Research Foundation (DMRF) helped the young laboratory get started. According to Kienesberger, “DMRF was instrumental in helping us establish the facility and equip it to the point where I can employ a cutting-edge methodology that answers my research questions.”

“Our Diabetes Canada-funded research examines the role of lysosomes, which are like the garbage cans of our cells, in the development of disease,” he says. “When these cellular waste receptacles get overfilled, the overflowing garbage—basically, the by-products of a dysfunctional metabolism—will create numerous problems.”

Both Dr. Pulinikunnil and Dr. Kienesberger are examining the multifaceted role of energy metabolism in health and disease in their own labs and a joint laboratory (metabolismlab.com).

On top of this, Dr. Pulinilkunnil is investigating how cancer chemotherapy can damage the heart, with the goal of identifying a means of protecting the heart from these harmful effects.

Cardiovascular disease is the number one killer of women in Canada, says Dr. Brunt, noting that, “It's worse than breast cancer.”

Women have been understudied in cardiovascular disease for the last 30 years. In order to compensate he says, “we need to overfocus on women.”

Both sexes face a looming crisis.

“We need to be very, very alarmed,” says Brunt. “Over the next 15 years, 100 per cent of the baby boomers will enter the care zone of being over 65 and with more than two chronic conditions.”

The solution lies in science, research and innovation, he says, and the Maritimes—with its aging population—needs to lead the charge with scientists like Dr. Kienesberger and her colleagues at DMNB and Dalhousie Medical School’s Halifax campus.

“I’m driven by my desire to find something better to have in our toolbox, to prevent heart failure in people with diabetes and obesity,” Dr. Kiensberger says. “I want people to be able to enjoy a longer life.”