In September 1967, mere months after the historic opening of the Sir Charles Tupper Medical Building, Nuala Kenny of the Sisters of Charity walked through the lower entrance of one of the building’s two vast auditoria for her first day of medical school.

“When I walked in, this sea of people looked down to see this little nun in a habit and a little veil. I thought I was going to die,” she recalls. “I did not know anybody.”

Her trepidation eventually gave way to a growing ambition to make an impact in the world of medicine. Over the next 20 years, Sister Kenny would become a pioneer in the emerging field of bioethics, learning from some of the greatest medical ethicists on the continent and synthesizing that experience into a plan for the first-ever Department of Bioethics at a Canadian medical school.

Some of the early seeds took root during a clerkship rotation in pediatrics, supervised by a Canadian giant of pediatric medicine, Dr. Richard Goldbloom, the new head of Dalhousie’s Department of Pediatrics and the IWK’s physician-in-chief at the time. Dr. Goldbloom’s passionate commitment to doing the very best for the children and families in his care made a lasting impression on Sister Kenny and propelled her into pediatrics.

“When I was given permission by the Sisters to do medicine, I thought I was going to do psychiatry,” says Dr. Kenny. “But I was intrigued by the idea that you could intervene in the life of a child and prevent disease or ameliorate negative consequences for the rest of their life.”

During her residency, Dr. Kenny spent a year at the Tufts-New England Medical Centre. An American by birth, she thought working with inner-city children in Boston might satisfy her desire to help. But she came to recognize the inadequacies of the American health system and appreciate the values underlying Canadian Medicare.

“I realized I could spend my whole live in America, and help a lot of children and families, but I would not be able to influence the system one iota,” she says.

Meanwhile, she and Dr. Goldbloom began discussing a program to help bridge the gap between family physicians and pediatricians—and fill a need for pediatric consultations in smaller communities—back in Nova Scotia. Dr. Kenny returned to Dalhousie and the IWK, where she assumed the new role of director of regional pediatrics.

“My religious community got me a little station wagon. Two weeks of every month, I would have consultation clinics across the province. I would stay overnight in a motel in Truro. The next morning I’d go to Amherst. The next week, I would go to the south shore,” says Dr. Kenny.

Dr. Kenny left Nova Scotia in the mid-1980s to take on teaching and leadership roles in Ontario. But Dalhousie came calling again and Dr. Kenny returned, this time as professor, head and chief of pediatrics. The wheel had turned for the nun who so tentatively entered the Tupper building in 1967.

Her interest in medical ethics had grown over the years and, in 1993, she embarked on a fellowship at the Kennedy Institute of Ethics, under Dr. Edmund Pellegrino, one of the foremost thinkers on the philosophic basis of medicine and in the emerging field of bioethics.

“Medicine had changed so much in just a few decades,” Dr. Kenny recounts. “Dead was not dead anymore, for example. We had portable ventilators, CPR, immunology and organ transplantation. At the same time, society and the profession were moving toward the consumerization and commodification of medicine. But, as doctors, we can’t assume that because we can do it, and the patient wants it, that it ought to be done.” 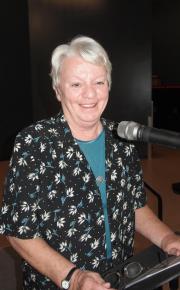 Dr. Kenny knew confronting the challenges of modern medicine required more than just a division inside a department. In 1996 she went to then-dean of medicine, Dr. Jock Murray, with a proposal.

“I said ‘Jock, I’ve got a deal for you. I think we need to develop a proper academic approach to the issue of ethics. I’m willing to give up half of my earnings to chair a Department of Bioethics.’ He was totally supportive and let me do it,” she says with satisfaction. “To this day, Dalhousie has the only department of bioethics in a faculty of medicine in the country.”

From 1996 until 2004, Dr. Kenny and her colleagues built the Department of Bioethics into a leading voice on the ethics of medical education, practice and health policy. They obviously made an impact—in 1999, Dr. Kenny was named an Officer of the Order of Canada, and others who worked with her have since been inducted as well. After her term as chair ended, she stayed on as a professor, retiring in 2009 as Professor Emeritus.

Dr. Kenny served as ethics and health policy advisor for the Catholic Health Alliance of Canada from 2009 to 2016, and remains active in the field today. Her current concern is the debate over assisted dying, the medicalization of suffering, the commodification of medicine and what she sees as the loss of medicine’s core moral principles.

“Today, when someone is ill or dying, or even the worried well, they expect a technological answer to their issue,” she says. “There may be, but it may not be appropriate”

There no shortage of ethical challenges in modern medicine and in the discipline of bioethics itself. Thanks to Dr. Kenny’s inspirational leadership, Dalhousie’s Department of Bioethics continues to lead the discussion in Canada and around the world.

“At the time Dr. Kenny started the Department of Bioethics, it was an innovation to focus on both academic and practical ethics,” says current department head, Dr. Christy Simpson. “As a Sister of Charity and a pediatrician, among other things, Dr. Kenny has many different lenses to apply to the ethics work she undertook and continues to undertake today.”