Matters of the heart: Diabetes research at DMNB

Dr. Thomas Pulinilkunnil and his team of researchers are experts in dealing with broken hearts.

An associate professor in Dalhousie University’s Department of Biochemistry & Molecular Biology, Dr. Pulinilkunnil’s research has explored the role of lysosomes, which are the “garbage cans” of our cells.

He says his lab was one of the first few to focus on lysosomal changes in the hearts of people with obesity and diabetes. “We found that obese and diabetic hearts have compromised lysosomes – their ability to dispose of and recycle waste is significantly constrained.

“In uncovering that pathway, we characterized the previously unrecognized role of an important protein in the heart, which is the master regulator of this lysosomal function. It controls lysosomal waste processing.”

This protein, called transcription factor EB (TFEB), binds to the DNA and regulates the expression of genes that are important for lysosomal signalling – essentially controlling every aspect of lysosomes.

Ineffective lysosomes in the heart trigger greater accumulation of “garbage” than it normally would, which makes heart cells less efficient over time and eventually leads to heart failure. 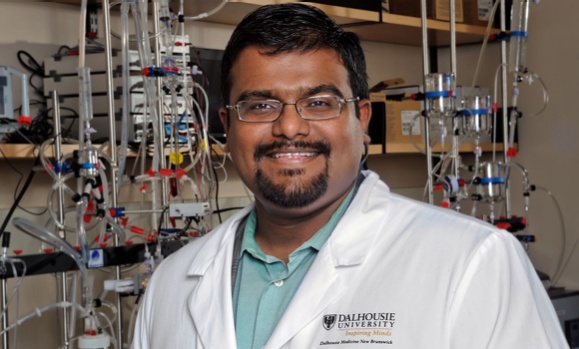 Dr. Pulinilkunnil says that advances in technology and research will continue to make it easier to manage diabetes, referencing a recent article he read about prototype smart contact lenses that can monitor the wearer’s glucose (sugar) levels in tears, but stresses that an outright cure may not be imminent.

The former pharmacist and pharmacologist notes that simply increasing the dosage of insulin to diabetic patients is not an appropriate method of dealing with the effects of the disease. “New research over the past couple of years has shown that giving patients excess insulin is not advisable. We still have a lot to learn about how diabetes causes metabolic complications in multiple organs, and only then might we be closer to a cure.”

A Diabetes Canada Scholar, Dr. Pulinilkunnil is optimistic about the future prospects of people suffering from the disease due to the increased awareness surrounding it. “I was part of the organizing committee for Diabetes Canada’s annual conference in 2018 in Halifax, and witnessed the contributions of diabetic educators, researchers, clinicians and community volunteers in combatting diabetes – there’s an army of people who can help people to better manage the disease.”

Dr. Pulinilkunnil is among the Dalhousie Medical School researchers who are part of WAVE teams recognized by the Faculty of Medicine in an alignment of the school’s strategic research priorities announced in October 2017.

The research cluster focuses on helping vulnerable populations suffering from cardiovascular diseases, including pregnant women and babies, frail and elderly patients, and those with obesity or diabetes.

Matters of the heart may be top of mind on Valentine's Day, but for researchers like Dr. Pulinilkunnil, they're a year-round focus.