Posted by Jennifer Lewandowski and Jessamine Luck (SickKids) on July 28, 2020 in News
Photo: The Hospital for Sick Children

New collaborative research housed by The Hospital for Sick Children (SickKids) significantly advances our understanding of the human genome and promises to have immediate impact for individuals and their families with autism spectrum disorder (ASD).

ASD refers to a group of neurodevelopmental conditions resulting in challenges related to communication, social understanding, and behaviour. Current research estimates that genetic factors should be found in anywhere from 50 to 90 per cent of individuals with ASD. Yet, scientists are only able to identify the genetic factor underlying autism for less than 20 per cent of people. Now, a research team led by Dr. Ryan Yuen, Scientist in the Genetics & Genome Biology program at SickKids, has moved the needle, uncovering new genetic contributors for autism. Their findings were published online on July 27, 2020, in Nature.

Dalhousie Medical School’s Dr. Isabel Smith was one of many researchers who contributed to the study. 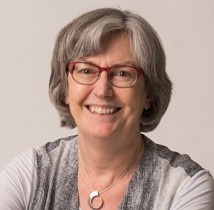 Dr. Smith is a Professor in the Departments of Pediatrics and Psychology and Neurosciences at Dalhousie Medical School and the Joan and Jack Craig Chair in Autism Research. Her interests encompass the development, health and wellbeing of individuals with developmental disabilities and their families, especially children and youth with ASD. Her research includes longitudinal studies of ASD, development and evaluation of interventions for ASD and associated behavioural and mental health problems.

“This study has been a massive collaborative effort. This kind of research aims to make life better for people with autism and for their families,” says Dr. Smith. “Through this study, we were able to offer families the opportunity to participate in the research, so that they may contribute to these genetic discoveries that we other wise would not be in a position to do.”

The research team wanted to look at the implications of tandem repeats in the DNA of people with ASD. A tandem repeat occurs when nucleotides, known as the building blocks of DNA, are repeated adjacently two or more times. These repeats are like DNA “wrinkles” and the larger they become, the greater the likelihood that errors in gene function will result.

Similar to how photocopying a piece of wrinkled paper will sometimes result in more wrinkles, when a strand of DNA with a tandem repeat replicates, the repeat often grows longer. These are called tandem repeat expansions and depending on their length and location in the genome, they can result in gene dysregulation, contributing to conditions such as Fragile X syndrome and Huntington’s Disease. 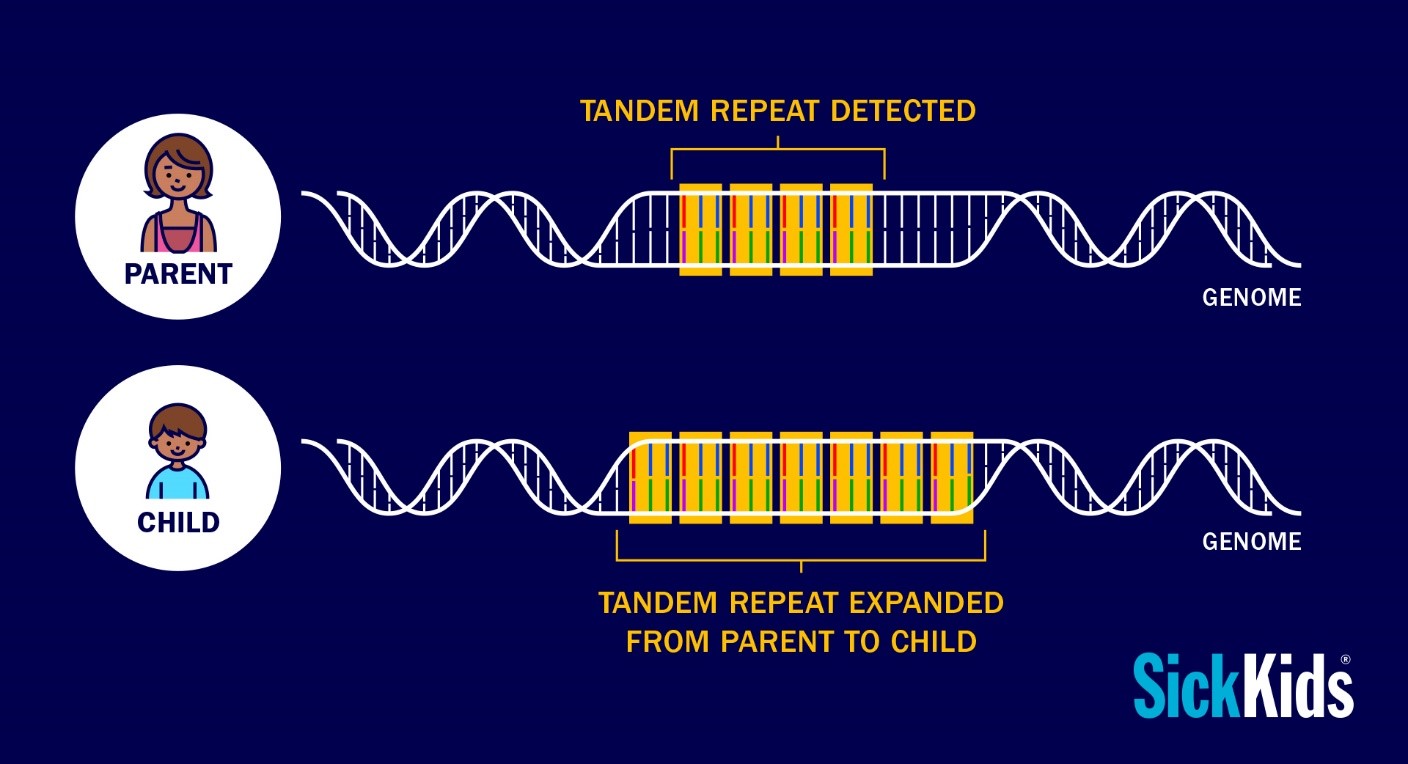 Yuen’s team developed an analytic approach that could search and find significant tandem repeat expansions across the entire genome. “We’re effectively searching millions of repetitive regions of DNA simultaneously and decoding them in a way no one has ever been able to do,” says Yuen, Principal Investigator of the study and an Assistant Professor in the Department of Molecular Genetics at the University of Toronto. “Our computational approach can determine the outliers – the tandem repeats that have an exceptionally high number of repetitions and could change how our genes function.”

A leap forward for ASD research

This discovery would not have been possible without the families who are as committed to scientific exploration as the researchers themselves. The researchers applied their method to the whole genome sequencing data of over 5,000 families with ASD and more than 4,000 individuals from the general population. They found 2,588 different places in the genome where tandem repeat expansions associated with particular genes were much more prevalent among individuals with ASD compared to those without ASD. This discovery shows tandem repeat expansions are as great a contributor to ASD as the previous major contributing genetic factor (de novo genetic variants).

The researchers found some of the tandem repeat expansions occurred in genes previously known to be implicated in ASD. However, about 50 per cent occurred in entirely new genes that were never thought to be involved in ASD, including ones that are involved in some neuromuscular disorders. Furthermore, the location of a tandem repeat expansion was associated with certain characteristics and behaviours such as IQ and life skills.