Posted by Jason Bremner and Jennifer Stranges on August 24, 2020 in News

Cystic fibrosis (CF) is one of the most common fatal genetic disease affecting Canadian children and young adults. Approximately 4,300 Canadians live with the disease, which mainly affects the lungs and digestive system. CF is progressive, meaning it worsens over time, and lung damage will eventually lead to premature death. 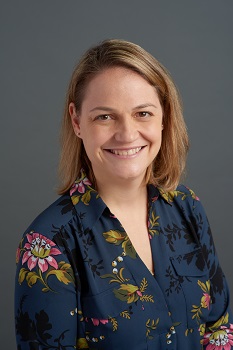 At present there is no cure for CF, and while Trikafta has shown great promise it is not currently available in Canada.

Trikafta is a combination of three medications that could potentially help 90 per cent of the CF population in Canada because it is designed to target and modify the most common CF mutation.

The research, published in the Journal of Cystic Fibrosis, used a microsimulation model to forecast what would happen in three scenarios: if Trikafta was not made available in Canada; if it was made available in 2021; or if access was delayed until 2025.

“Microsimulation based forecasts are useful tools to inform policy,” said Dr. Sanja Stanojevic, Assistant Professor in the Department of Community Health and Epidemiology at Dalhousie University and lead author on the study. “To make the forecasts as realistic as possible, we used all the information we know about people living with CF today, and the initial results from the Trikafta clinical trials to project the impact Trikafta may have on the CF population in the future.”

Despite the high cost of the drug, advocates argue that its approval will lead to significant savings for the health care system by keeping individuals with CF out of hospitals, off transplant waitlists, and leading productive lives.

“It is frustrating as a clinician to know that there is a medication that has the potential to improve the health of over 90 per cent of individuals living with CF, but be unable to prescribe it,” says Dr. Anne Stephenson, a respirologist and CF researcher at St. Michael’s Hospital in Toronto, home to the largest adult CF clinic in North America.

This frustration is also shared by those living with CF who would immediately benefit from the availability of the medication.

“I’ve spent my entire life struggling to stave off the deterioration of my lungs. Over 40 pills a day, multiple hours of daily treatments - it’s no small feat,” says Jeremie Saunders, who lives with CF and is the host of the popular Sickboy podcast. “To know that there is a drug like Trikafta that could very well have a life altering effect on my life is beyond exciting.” 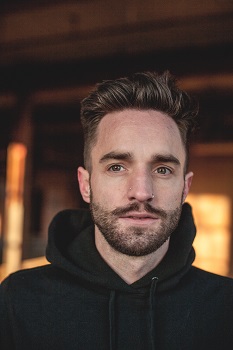 The study also forecasted that Trikafta could reduce deaths by 15 per cent, increase the median age of survival by 9.2 years by 2030, and reduce the number of transplants required for severe lung disease.

According to Cystic Fibrosis Canada, various barriers have contributed to the delay in access to Trikafta, including regulatory changes at the Patented Medicines Prices Review Board, a Canadian agency with a mandate to protect Canadian consumers by ensuring the prices of patented medication charged by manufacturers of patented drugs are not excessive.

“It’s heartbreaking to know that these stats exist yet someone, like myself, has absolutely no way of getting their hands on something that could completely change my life,” says Saunders.

Trikafta’s manufacturer, Vertex Pharmaceuticals, has not yet submitted Trikafta for approval to Health Canada, citing market uncertainty caused by the regulatory changes. Trikafta is available in the United States. As well, England, Ireland, Wales and Scotland have all reached agreements with the manufacturer to fund the drug as soon as the European license is granted this fall.

“This study illustrates the profound impact Trikafta can have on the Canadian CF population,” says Dr. Stanojevic. “Availability of this treatment will translate to people with CF living longer and more productive lives, and accessing healthcare far less frequently”