Posted by Jason Bremner with files from the Canadian Longitudinal Study on Aging on March 4, 2021 in News
Launched in 2010, the CLSA is Canada’s largest study of aging, following more than 50,000 individuals.

A $9.6-million investment by the Government of Canada in the Canadian Longitudinal Study on Aging (CLSA) will renew the infrastructure of the CLSA research platform, ensuring its progress in generating knowledge that promotes the health and well-being of older adults and informs the development of programs and policies for Canada’s aging population.

This investment, made through the Canada Foundation for Innovation (CFI), will position the CLSA to build critical tools to help identify the early causes of chronic health conditions such as mobility impairment, disability and cognitive decline.

Launched in 2010, the CLSA is Canada’s largest study of aging following more than 50,000 individuals who were between the ages of 45 and 85 at recruitment, for 20 years. 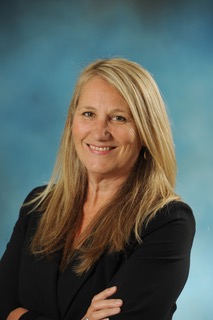 "This investment in the CLSA will allow us to continue to advance the science of aging and generate the evidence needed to support policy decisions, thereby improving the health of all Canadians," said Dr. Kirkland.

“We are grateful to the Government of Canada for making this investment in improving the health of Canadians,” said Dr. Raina, a professor of Health Research Methods, Evidence, and Impact at McMaster and the Scientific Director of the McMaster Institute for Research on Aging.

The CFI funds will be used to renew infrastructure at the CLSA’s 11 data collection sites and four telephone interview centres. It will also support existing infrastructure, including the National Coordinating Centre and the Biorepository and Bioanalysis Centre, based at McMaster University, the Data Curation Centre, based at the Research Institute of McGill University Health Centre, the Metabolomics Centre at McGill University and the Epigenetics Centre at the University of British Columbia.

“Great science and research is the first step in driving innovation,” said the Honourable François-Philippe Champagne, Minister of Innovation, Science and Industry. “Now more than ever, Canadians are looking to their researchers to develop innovative solutions to real-world problems. Our government is proud to support today’s funding recipients, who are harnessing their expertise and dedication to make the important discoveries that will serve Canadians now and in the future.”