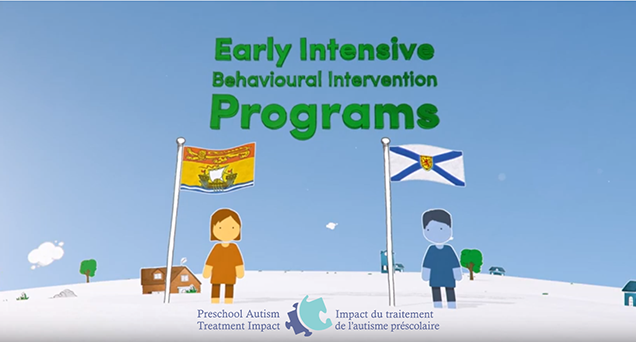 “Autism Spectrum Disorder: A tale of two provinces” -- This short animated video presents a clear evidence-based message for all audiences through its description of the PATI study and its outcomes. It was developed in collaboration with PATI researchers and government partners in both New Brunswick and Nova Scotia, with the goal of impacting future health policy development for children with ASD and their families.

With policy makers as formal research partners, we compared the effectiveness of public programs in adjacent Canadian provinces, New Brunswick (NB) and Nova Scotia (NS). The NB EIBI and NS EIBI programs differ in many aspects including intensity, duration and service delivery model. In NB, children received up to 20 hours/week of comprehensive EIBI in a publicly funded, privately provided program. In NS, children received up to 15 hours/week of Pivotal Response Treatment and Positive Behaviour Support delivered through the publicly funded healthcare system.

Study data was gathered prospectively through local agencies/teams at entry into EIBI, after 12 months of intervention, and at exit from EIBI prior to school entry. All children receiving EIBI in NB and NS were eligible to participate. Child-related measures assessed areas of disability common to children with ASD: adaptive behaviour, pragmatic communication, autism symptoms, and disruptive behaviour problems. Data on children’s treatment and its costs were gathered from both parents and administrative sources.

In this observational parallel cohort study, we collected parent-reported data on 298 NB preschoolers (76.5% boys) and 221 NS preschoolers (86.9% boys) at EIBI start and one year later. Multilevel analysis revealed significant differences at baseline: NS children were older, with lower adaptive functioning and more severe ASD symptoms than NB children. Despite these pre-treatment differences that favour NB, children in both provinces showed similar adaptive functioning gains and reductions of maladaptive behaviour. No changes were seen in mean ASD symptom severity in either province over time. Results highlight the value of evaluating interventions in their implementation contexts, and have important implications for devising optimal ASD policy. 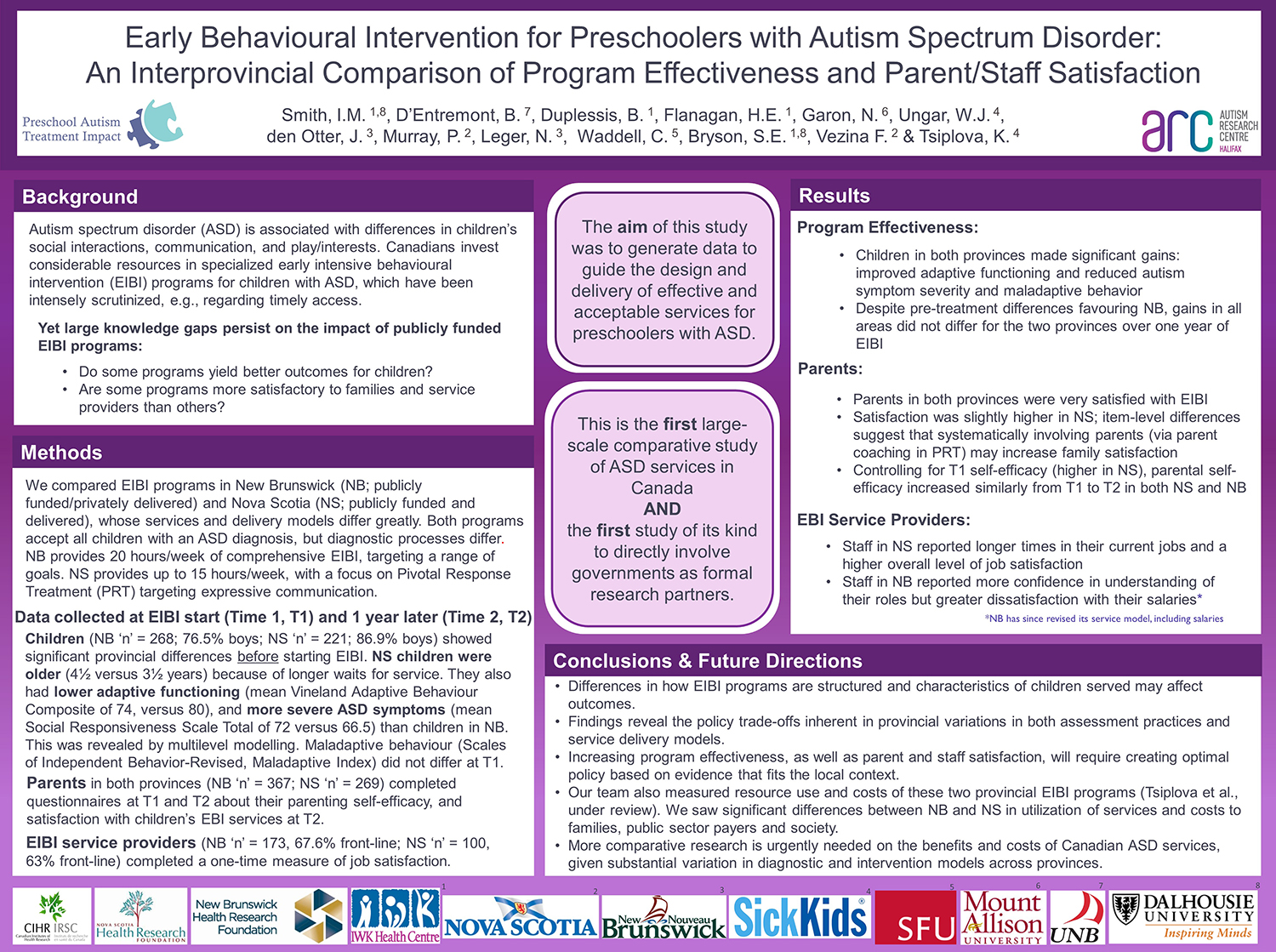