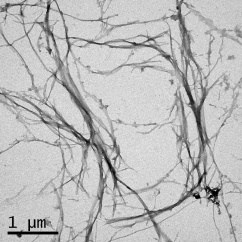 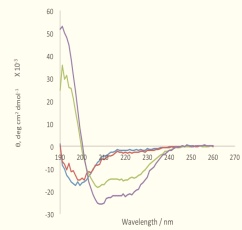 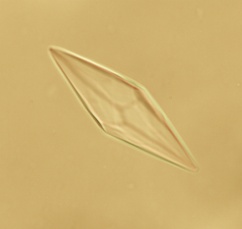 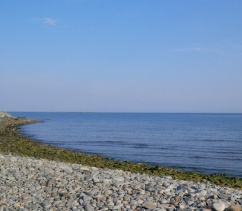 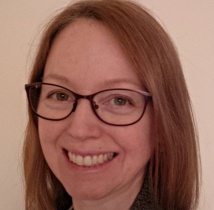 We are studying the adaptations of marine species in order to understand their biology at the molecular level while also shining light on universal processes important in human health.

In cold ocean species, protein structures and protein environments have evolved in ways that may favour native protein folding under variable and extreme conditions. Solution components within these species can have roles in the folding of their proteins. Furthermore, these may offer new avenues to address human diseases. The faulty folding (misfolding) of proteins has emerged as an underlying cause of several neurodegenerative diseases, such as Alzheimer’s disease and Parkinson's disease. To date, there are no fully effective therapies for inhibiting or reversing protein aggregation in patients with protein misfolding diseases. Therefore, molecules from marine species are being investigated for their effects on disease-related protein misfolding.

The conversion of human neuronal proteins to an amyloid form is implicated in several diseases; however, this process can be challenging to study in the lab. A small alpha helical antifreeze protein in the winter flounder quickly converts to an amyloid form as a result of binding to the ice surface. Since the transition is inducible with ice binding, this protein may provide a rapid and informative model for investigating the amyloid transition. We are looking into its suitability as a model for the study of amyloid formation in human disease-relevant proteins. In addition, understanding of this protein fold conversion may provide new insight into flounder biology during winter.

When opportunities arise, we address specific problems using unique models that are informed by our marine perspective. In a current example, we are engaged in a collaborative project to study alpha synuclein misfolding, which is involved in Parkinson’s disease. This investigation employs an unusual cellular context that may allow a better understanding of the role of particular cellular lipids in alpha synuclein misfolding.

The following agencies have provided funding to support our research and trainee development: