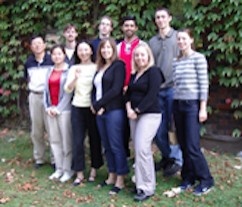 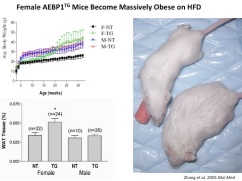 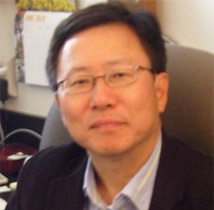 Role of chronic inflammation in cancer and metabolic diseases

Adipocyte Enhancer-Binding Protein 1 (AEBP1) is a transcriptional repressor that was initially shown to be involved in adipocyte differentiation. Studies with the AEBP1 transgenic mice (AEBP1-TG), which overexpresses AEBP1 transgene in the adipose tissues and macrophages, and the AEBP1 knockout mice (AEBP1-KO) suggested that AEBP1 plays a key functional role in in-vivo modulation of adiposity and energy metabolism.

Project 1 - Role of AEBP1 in the regulation of cholesterol homeostasis, foam cell formation, inflammation and atherogenesis

A key event in atherogenesis is foam cell formation, which is mediated by lipid uptake by macrophages. PPARγ1 and LXRα are nuclear receptors that play integral roles in cholesterol efflux and lipid homeostasis. Atherosclerosis is a long-term, inflammatory process involving recruitment and activation of multiple cell types to the intima of the arteries, subsequently leading to a local inflammatory response, which advances atherogenesis due to the sustained recruitment of monocytes/macrophages to the inflamed vasculature. AEBP1 is a transcriptional repressor with a critical role in cholesterol homeostasis, which it impedes macrophage cholesterol efflux and promotes foam cell formation by regulating the expression of cholesterol efflux and pro-inflammatory mediators via PPARγ1 and LXRα repression. AEBP1-TG mice exhibit hyperlipidemia and develop atherosclerotic lesions in their proximal aortae. AEBP1 may be a novel pro-atherogenic factor, and our colonies of AEBP1-TG and AEBP1-KO mice will allow more precise clarification of AEBP1's role in atherogenesis, and establishing a direct link of AEBP1 signaling pathways to the pathogenesis of atherosclerosis. Targeting AEBP1 signaling pathway in the control of inflammation may be useful in the treatment of atherosclerosis.

A complex interplay between epithelial and stromal compartment of mammary tissue is critical in the control of mammary gland development. The signaling pathways regulating the crosstalk between the mammary epithelium and stroma are also implicated in mammary tumorigenesis. AEBP1 promotes macrophage inflammatory responsiveness via up-regulation of NF-κB activity. Several pro-inflammatory cytokines and chemokines, all of which are encoded by target genes of the NF-κB activation pathway, can promote tumor growth in human and mice. Ablation of AEBP1 causes lactation defect during mammary gland development. Mammary epithelial cell transplantation experiments and stromal restoration of AEBP1 in the AEBP1-KO mice indicated that AEBP1 is a critical stromal factor in mammary gland development. AEBP1-TG mice with targeted AEBP1 over-expression in stroma display spontaneous development of mammary tumors that is preceded by mammary epithelial cell hyperplasia. AEBP1 may be a novel mediator of tumor promotion in the molecular link between inflammation and carcinogenesis. The specific aims are to (1) assess AEBP1's involvement in modulation of stromal-epithelial crosstalk; and (2) define the signaling mechanism(s) of the stromal-epithelial communication in the regulation of mammary gland development and tumorigenesis.

Low-grade obesity-induced inflammatory responses play an important role in the etiology of type 2 diabetes (T2D). Recent findings indicate that the inflammatory state, not development of obesity per se, contributes to insulin resistance that contribute to T2D. We will determine whether AEBP1 that regulates adipose tissue metabolism and inflammation, functions as a critical regulator of obesity-induced inflammation in the adipose tissue and liver that predispose toward insulin resistance. Bone marrow transplantation technique has been used to selectively alter macrophage AEBP1 expression in the context of two murine models of obesity, high-fat diet (HFD)-induced obese mice and genetically predisposed obese mice (Ob/Ob). Preliminary analysis indicated that AEBP1 ablation in macrophage markedly normalized glucose tolerance in both HFD-fed and genetically obese mice. Myeloid cell AEBP1-KO mice will be also generated using the Cre-LoxP system. In this way, the promoting function of macrophage inflammatory pathway will be disabled while the expression of AEBP1 remains intact in all other tissues. Understanding the role of AEBP1 in the regulation of inflammatory response in the adipose tissues and liver is crucial for designing strategies to ameliorate T2D.