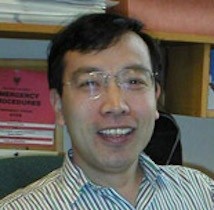 Our main interests are to develop intein-based protein splicing technologies for various protein applications and to understand intein's structure-function. Inteins are protein intervening sequences that can self-excise through protein splicing. Over 500 inteins have been found in various host proteins of various organisms, and there are also intein-related protein processing in human. Crystal structures of inteins revealed a conserved splicing domain of ~130 aa in size, although most inteins also have an endonuclease domain involved in the evolutionary mobility of inteins. A current focus is on split inteins that can piece together separate polypeptides through protein trans-splicing, which are useful in various forms of protein and peptide ligation. Examples of intein-based technologies include protein function control through conditional splicing, protein synthesis and modification through protein and/or peptide ligation, protein and peptide cyclization, and protein productions in certain gene therapy and in transgenic plant procedures. The possibilities of intein-based applications are limited only by one's imagination, and they can be better explored through a deeper understanding of intein structure-function.