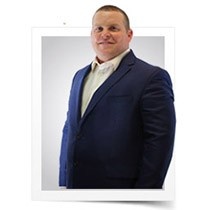 A native of Lower Sackville, NS, Dr. Brendan D. O’Neill earned his medical degree from Dalhousie University in 2007.  He became a Fellow of the Royal College of Surgeons of Canada after completing his orthopedic surgery residency at the University Calgary in 2012.  Dr. O’Neill completed the Comprehensive Knee Fellowship at the University of Ottawa (2013) and the Adult Reconstruction Fellowship at Western University, London, ON (2014). He practiced as a consultant orthopedic surgeon at the Woodstock General Hospital in Woodstock, ON from 2014 until 2017.  Dr. O’Neill was pleased to return to Nova Scotia with his family to take his present position with the Division of Orthopedic surgery at Dalhousie University. His subspecialty focuses on hip and knee surgery with an emphasis on primary hip and knee replacement.  He practices at both the Dartmouth General Hospital and at the Halifax Infirmary.