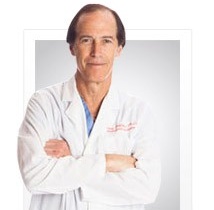 Dr. Leighton is presently a Professor of Surgery at Dalhousie University in Halifax, Nova Scotia, Canada.

He started his initial work in bone, substitutes and Trauma care while doing a fellowship with Jim Waddell in Toronto in 1985 and Mike Chapman in Sacramento, California in 1986. Since that time he had a huge interest in Orthopaedic Trauma and the care of the acute Trauma Victim. As Provincial Trauma Director for Nova Scotia he was instrumental in setting up a state of the art Trauma system in Nova Scotia from 1997-2000.

As the same time he and his colleagues at Dalhousie accomplished many biomechanical and clinic studies including a Pelvic plate system presently marketed throughout the orthopaedic world. Many of his research projects were focused on structural bone substitutes and as such have produced a large quantity of significant data on the usefulness of these materials. Dr. Leighton runs a fellowship program in trauma and arthroplasty at Dalhousie University out of the QEII Health Sciences Centre. This centre is also an accredited residency training program in Canada. Dr. Leighton is currently the President of the Nova Scotia Orthopaedic Society and Medical Staff at the QEII. He is also the President of the Canadian Orthopaedic Trauma Society which has been very active and productive with numerous multi-center randomized trials.