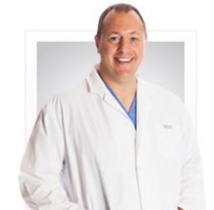 Dr.Logan is a Paediatric Orthopaedic Surgeon at the IWK Health Centre and Assistant Professor of Surgery at Dalhousie University.

He was born in Newcastle-Upon-Tyne a border city between England and Scotland. He schooled in Newcastle. His undergraduate education was at the University of Liverpool Medical School from which he graduated with commendation in 1999. He did his house jobs a t the Royal Liverpool University Hospital. Always interested in surgery he intended to be a cardiac surgeon that was until he experienced the enthusiasm and dynamism of the Orthopaedic Division at the Norfolk and Norwich Hospital. The was one of the sites in the UK of pioneering surgery in the treatment of tuberculosis of the hip and the design and implantation of some of the first successful hip replacements in the world. He did his basic surgical training at the Norfolk and Norwich Hospital and was admitted to the Royal College of Surgeons as a member in 2002. He was appointed as the Smith and Nephew trauma fellow at the Norfolk and Norwich Hospital in 2003 and gained a huge amount of operative experience during this time. It was during his basic surgical training that he assisted in an open reduction and innominate osteotomy of the hip, to treat a dislocated hip in a child, surgery pioneered by Dr.Robert Salter from the Hospital for Sick Children in Toronto. This was a catalyst in Dr.Logan wanting to pursue a career in paediatric orthopaedic surgery.

Dr.Logan began a higher surgical training on the prestigious Percival Pott training program in 2004. He rotated over 6 years through hospitals in Chelmsford,Harlow,Norwich,Great Ormond Street in London, The Royal National Orthopaedic Hospital in London and the Royal London Hospital. Based on his desire to pursue a career in paediatric orthopaedics and the particular operation that sparked his interest he applied to the Hospital for Sick Children in Toronto and was accepted as a fellow in 2008. He passed the final part of his post graduate exams in trauma and orthopaedics in 2008 to be admitted as a fellow to the Royal College of Surgeons of England. Dr.Logan was lucky enough to get to know Dr.Robert Salter and to work under the instruction of his prodigy Dr.John Wedge during his fellowship. He took up post at the IWK in Halifax in March of 2010. His subspecialty interest is the treatment of paediatric and adolescent hip disease,although he maintains a general paediatric orthopaedic and trauma practice. He has been married to Joanne for 15 years and has three children, all boys, Evan,Jem and Zack.