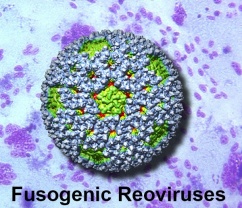 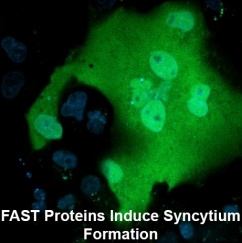 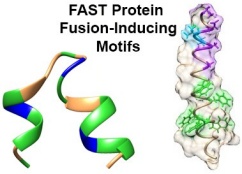 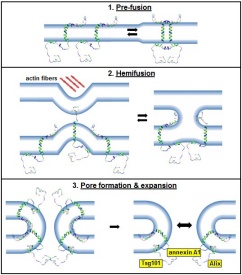 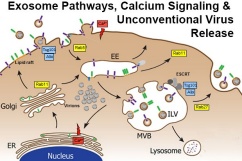 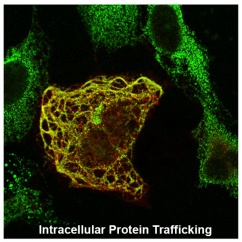 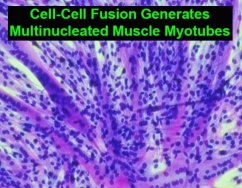 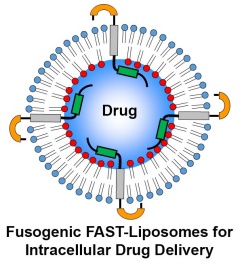 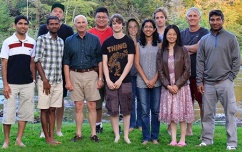 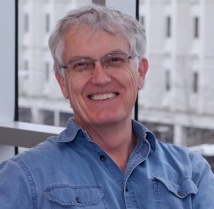 Cell-cell membrane fusion is involved in numerous biological processes, including fertilization (sperm-egg fusion), muscle (myotubes) and placenta (syncytiotrophoblast) formation, bone maintenance (osteoclasts), and possibly cancer cell metastasis (reviewed in Developmental Cell 14: 11-21, 2008). The cellular proteins and pathways responsible for these cell-cell fusion events remain elusive. My research group discovered a new family of virus-encoded cellular fusogens. The reovirus Fusion-Associated Small Transmembrane (FAST) proteins are the smallest known membrane fusion proteins, and are the only identified fusion proteins from nonenveloped viruses. Rather than inducing virus-cell fusion, these non-structural viral proteins are expressed inside virus-infected cells where they traffic to the plasma membrane and induce cell-cell fusion resulting in multinucleated syncytium formation. From a virus perspective, the FAST proteins promote rapid dissemination of the infection and contribute to the inherent pathogenicity of the fusogenic reoviruses. These virus-encoded cellular fusogens provide a new model to investigate the mechanisms responsible for protein-mediated cell-cell membrane fusion. Studies to date indicate the FAST proteins do not function according to the paradigm established from investigations of the fusion proteins encoded by enveloped viruses such as HIV and influenza virus. Using fluorescent fusion assays (FACS analysis and confocal microscopy), site-directed mutagenesis, and proteomic approaches, we are exploring both the nature of the FAST proteins and the cellular proteins and pathways involved in cell-cell fusion events.

Current models of protein-mediated membrane fusion are based extensively on the complex, multimeric fusion proteins encoded by enveloped viruses that mediate virus-cell fusion. Since the FAST proteins mediate cell-cell, rather than virus-cell, membrane fusion, their mode of action may be more relevant to the undefined proteins responsible for biological cell-cell fusion events. Using CD and NMR spectroscopy coupled with liposome-cell, cell-cell, and peptide-induced liposome-liposome fusion assays, we are pursuing a mechanistic analysis of how dynamic changes in FAST protein fusion motifs allow the FAST proteins to function as modular cell-cell fusogens.

Cellular Pathways for Cell-Cell Fusion
While FAST proteins are both necessary and sufficient to fuse lipid bilayers, they rely on and recruit cellular co-factors to assist with the more complex process of fusing cells together and generating syncytia. Interestingly, we discovered that some of these co-factors identify cellular processes that are central to the general process of cell-cell fusion mediated by diverse viral and cellular fusogens. Using FAST proteins, enveloped virus fusion proteins, and differentiation-dependent fusion of muscle cells to generate multinucleated muscle myotubes, we are determining how these pathways are interconnected and how they contribute to syncytiogenesis.

Membrane proteins must be routed to the correct cellular membrane compartment, which requires specific interactions between sorting and trafficking signals in the membrane protein with the complex, multi-protein complexes that regulate vesicular transport. Using reovirus FAST proteins as our model, we are exploring the function of a novel Golgi export signal in recruiting Rab-dependent trafficking pathways. These studies have led to pathways that promote release of extracellular vesicles (exosomes) and unconventional release of nonenveloped viruses.

Systemic distribution of anti-cancer drugs contributes to the severe toxic side effects associated with chemotherapy. Encapsulation of these drugs inside liposomes can restrict their biodistribution and reduce these adverse reactions. However, the drug must still be delivered from inside the liposome to inside the cancer cell. Using fusogenic liposomes containing the FAST proteins, we can promote liposome-cell fusion and increased intracellular drug delivery. Working in collaboration with a private sector partner, we are now developing and evaluating FAST-liposomes that specifically target the leaky vasculature of tumours.

Cancer metastasis requires numerous changes to convert an adherent tumour cell to one capable of migration and invasion into the circulatory system. Many of these changes involve altered cytoskeletal-membrane interactions. We recently discovered that the FAST proteins interact with myopodin, an actin bundling protein whose loss correlates with invasive prostate cancer. We also discovered that myopodin expression promotes muscle cell fusion, suggesting a convergence of cellular pathways involved in cell-cell fusion and tumour invasion. Using RNAi and proteomic approaches with prostate and muscle cell lines expressing myopodin, we are examining the basis for how myopodin promotes cell fusion, migration and invasion.