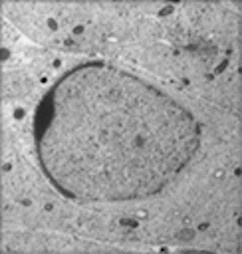 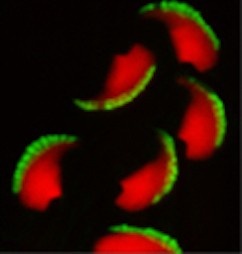 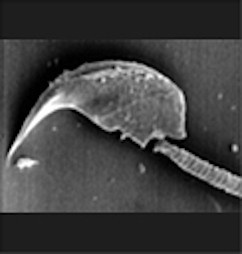 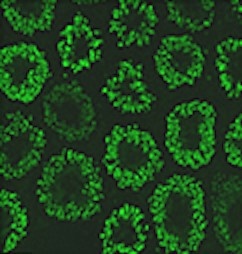 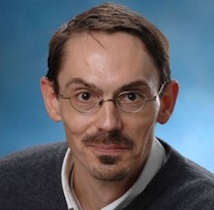 A typical cell contains over 1000 structurally distinct lipid species, making up about one-third of its dry mass. It is a major challenge to understand the physiological and pathological roles of the many lipid species.

My research focuses on one class of lipids, sphingolipids - in particular glycosphingolipids (GSLs), which are composite molecules made up of the sphingolipid ceramide and a mono- or oligosaccharide. A striking feature of the GSL family itself is the multitude (over 300) of structural variants, differing in their ceramide and carbohydrate domains. A typical mammalian cell contains a number of distinct GSLs, in different amounts, depending on cell type, developmental stage and other factors.

Glycosphingolipids in health and disease

GSLs are important in biology and medicine. These two-domain molecules are ubiquitous membrane components, and play essential roles in embryonal development, the functioning of the central nervous system, the establishment of skin impermeability, spermatogenesis, and are involved in Type 2 diabetes, Alzheimer's disease, autoimmune neuropathies, bacterial infections, atherosclerosis, and genetic metabolic disorders.

Glucosylceramide is a simple glycosphingolipid: it is made up of ceramide and glucose. Glucosylceramide is synthesized at the cis-Golgi, and can be degraded by either glucocerebrosidase (in lysosomes) or by beta-glucosidase 2 (GBA2) at the plasma membrane/endoplasmic reticulum. We have recently redefined the enzyme activity of GBA2, and developed a new approach to measure GBA2 activity. The previous method for determining GBA2 activity systematically under-estimated the enzyme's activity. Using our new method for measuring GBA2 activity, we found that GBA2 is more sensitive to inhibition by the drug miglustat (Zavesca(R)) than previously thought. Miglustat is a small-molecular compound structurally similar to glucose, but miglustat is an iminosugar, having a cyclic nitrogen instead of an oxygen; miglustat also carries a butyl group linked to the ring nitrogen, it is thus an alkylated imino sugar. Because of its structural similarity to glucose, miglustat can inhibit a number of enzymes involved in glycoconjugate and glycan metabolism. Importantly, the various enzyme targets of miglustat differ considerably in their sensitivity to inhibition by this drug. Miglustat is clinically licensed for type 1 Gaucher disease and Niemann-Pick type C disease in over 45 countries. Mouse models for these two genetic diseases display many of the pathological features of human patients. Type 1 Gaucher disease and Niemann-Pick type C disease are both lysosomal storage disorders, but differ considerably in their pathologies; the former affects primarily the mononuclear phagocyte system in the liver, spleen and bone marrow, while the latter has a progressive neurodegenerative course with central nervous system inflammation. Significantly, it has been shown that ablation of the Gba2 gene reduces disease severity in the mouse models for type 1 Gaucher disease and Niemann-Pick type C disease! These results suggest that inhibition of GBA2 by miglustat may contribute to the therapeutic benefits seen in type 1 Gaucher disease and Niemann-Pick type C patients.

During the course of 2013, and early 2014, four papers were published identifying mutations in GBA2 in patients affected with a combination of cerebellar ataxia and spastic paraplegia (referred to as SPastic Gait locus #46, SPG46). First symptoms of this condition were diagnosed early in life (median age 7, range 1-20), and disease manifestations include muscle weakness and spasticity in upper and lower limbs, ataxia, axonal neuropathy, cognitive impairment, thin corpus callosum, and cerebellar and cerebral atrophy. At present, no adequate therapies are available for SPG46 or for most other forms of hereditary ataxias and paraplegias. We are studying the consequences of the mutations found in the GBA2 gene, in particular at the biochemical level. We have established that the nonsense and missense GBA2 mutants have no catalytic activity, and that some of these mutants are expressed at a very low level. SPG46 patients thus share a deficit in GBA2 enzyme activity, which is likely the biochemical basis of their pathology.