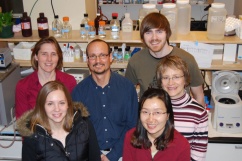 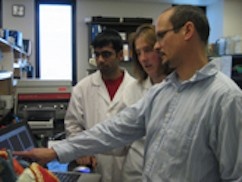 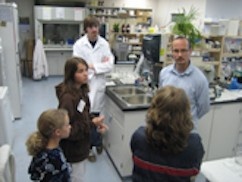 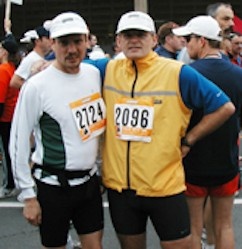 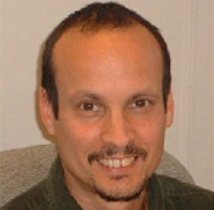 Department of Biochemistry and Molecular Biology , Faculty of Medicine

Apolipoprotein (apo) B is the major structural protein of all plasma lipoproteins that are atherogenic. The production of apoB by the liver is an important determinant of the plasma levels of these lipoproteins and can be regulated by the availability of lipids for lipoprotein assembly, by intracellular degradation of the protein, and by liver responses to nutrient availability. The adipocyte is a site of energy storage and a source of endocrine factors that influence nutrient and lipoprotein metabolism in many tissues. We study the molecular and cell biology of hepatic lipoprotein assembly and adipocyte metabolism and the influence of dietary fatty acids and proteins on cellular lipid and lipoprotein metabolism and atherosclerosis.

Molecular and cellular determinants of hepatic apolipoprotein B metabolism.

Apo B is an extremely large (>500 kDa), hydrophobic protein that forms the structural backbone for the assembly of hepatic very low density lipoprotein (VLDL). Assembly of VLDL is initiated by the addition of lipids to the apoB polypeptide as it is synthesized in the endoplasmic reticulum (ER), forming a small dense lipoprotein particle. In a second lipidation step, apoB acquires the majority of its core lipid component and achieves the characteristic size and density of VLDL. ApoB that does not acquire sufficient lipids to assemble a stable lipoprotein particle is susceptible to ER-associated degradation (ERAD) by the ubiquitin-proteasome pathway. We use truncated forms of the apoB protein and fusion proteins containing apoB sequence to examine the role of the apoB polypeptide in neutral lipid acquisition and regulatory degradation in liver cells. The ability to assemble VLDL is also associated with intracellular instability of the nascent polypeptide. Our aims are to identify and characterize the apoB sequences that can accomplish hepatic VLDL assembly and to define the pathways that deliver this secretory protein to the cytosolic proteasome for degradation when assembly is not efficient. We are also exploring the changes in these regulatory mechanisms that occur with age and in the presence of metabolic diseases. (Supported by Canadian Institutes of Health Research)

Adiponectin is an adipocyte secretory protein that functions to enhance insulin sensitivity in a number of tissues. The adiponectin gene product is a 30 kDa polypeptide that is assembled into a series of oligomeric forms ranging from trimers to 12-18mers. The mechanism and regulation of assembly of oligomers and secretion from the adipocyte is poorly understood. The liver responds to the high molecular weight (HMW) form of adiponectin by decreasing glucose output and changes in fatty acid metabolism. Adiponectin levels in plasma are reduced in conditions of insulin resistance and the levels are increased by thiazolidinediones (TZDs), which are used pharmacologically to increase insulin sensitivity. Long term regulation of adiponectin secretion involves changes in the adiopocyte mRNA for adiponectin, but there is evidence to suggest that other post-transcriptional mechanisms can also regulate adiponectin secretion. We study the modulation of adiponectin multimer assembly and secretion from adipocytes in culture by omega-3 fatty acids and by TZDs. We also examine the effects of HMW adiponectin on assembly and secretion of very low density lipoprotein in liver cell cultures. These studies provide information on the mechanisms and regulation of adiponectin metabolism and clarification of the role of adiponectin as a plasma marker for obesity, diabetes and cardiovascular disease. (Supported by Heart and Stroke Foundation of Canada)