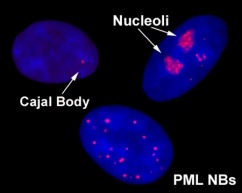 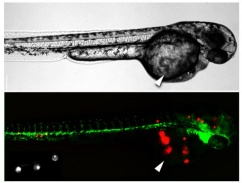 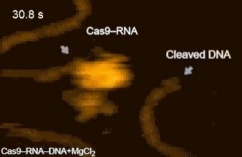 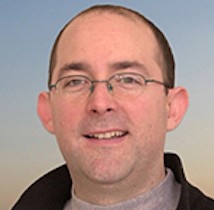 Genomic instability contributes to both the development and progression of cancer. Mutations affecting the detection or repair of DNA damage can dramatically increase genome instability and therefore cancer susceptibility.

A key question in cancer biology is how the cell detects and repairs DNA damage?

We are studying how the structure of the mammalian nucleus, including chromatin and the various nuclear domains, contributes to DNA damage surveillance, signaling and repair.

Finding and repairing damaged DNA among the 3 billion base pairs of the human genome is an astonishing cellular feat, the complexity of which we are only beginning to appreciate. DNA in human cells exists as a nucleoprotein complex known as chromatin, which is in turn compacted and folded into individual chromosomes that form distinct territories in the nucleus. It is within this context that DNA damage must be detected and repaired. An early event in signaling DNA damage is the modification of chromatin at a DNA double-strand break (DSB) by phosphorylation of the histone variant H2A.X by the kinases ATM, ATR and DNA-PK. DNA damage also triggers the global decondensation of chromatin, mediated partly by the ATM kinase, as well as the structural reorganisation of several subnuclear compartments including nucleoli, Cajal bodies and promyelocytic leukemia nuclear bodies (PML NBs)(Dellaire and Bazett-Jones, 2004).

In my laboratory, we are interested in characterizing how DNA damage affects the structure and function of the mammalian nucleus with the hope of determining signature changes in nuclear architecture that can be used as biomarkers for cancer diagnosis, staging and treatment. We use a combination of biochemistry, molecular biology and molecular imaging approaches to determine how changes in nuclear structure contribute to DNA repair.

Recent work from my laboratory has identified the PML NB as a possible DNA damage sensor, which can respond to ionizing radiation and chemotherapy treatments (Dellaire and Bazett-Jones, 2004; Dellaire et al., 2006). Currently, we are addressing how PML NBs may contribute to DNA damage surveillance, signaling and repair. These studies will provide needed insight into the role of these domains in tumour suppression and may provide a useful paradigm for the study of the role of other nuclear domains in oncogenesis.

Xenotransplantation in zebrafish as a human tumour model

Relevant human tumour models are needed more than ever to accelerate the translation of basic cancer research to the clinic. In collaboration with pediatric oncologist Dr. Jason Berman (Dept. of Pediatrics, Dalhousie University and IWK Hospital, Halifax) we have been developing the novel human tumour animal model based on the xenotransplantation of human tumour cells in the zebrafish embryo.

Current applications of this tumour model include:

Twenty four hour post fertilization Fli-GFP transgenic zebrafish embryos expressing the green fluorescent protein to highlight their blood vessels were microinjected with 50 leukemia cells (labeled in red) within the yolk sac (white arrow). A zebrafish embryo is shown by phase contrast (top panel) and fluorescence microscopy (bottom panel) at 24 hours post-injection. Red fluorescent masses of leukemia cells can be seen in the tail and head of the embryo indicating that the leukemia cells can enter the blood stream and migrate via the vasculature to distant sites from the injection site.

In our laboratory, we have been working on methods to enhance gene editing by CRISPR (Clustered Regularly Interspaced Short Palindromic Repeats), a primordial immune system found in many forms of bacteria that can cut DNA in a site-specific manner using small guide RNAs (sgRNAs). Although many research groups are actively pursuing genetic approaches to enhancing CRISPR-based gene editing, these approaches are not very efficient and require knocking-out important genes in DNA repair; an approach that is less than ideal in terms of safety for patients undergoing gene therapy using CRISPR. Therefore, we have focused on the discovery of small molecules that could transiently (and reversibly) modulate DNA repair to enhance gene editing. Towards this goal, we developed a small molecule screen based on the insertion of the bright EGFP variant gene Clover into the lamin A/C locus (LMNA) by CRISPR-mediated HDR (Pinder et al., 2015) and this system was used in collaboration with the group of Dr. Daniel Durocher to identify the molecular basis for the inhibition of HR in non-dividing cells, an advance that could open the way to gene therapy of diseases such as muscular dystrophies that affect non-dividing muscle cells (Orthwein et al., 2015).

We continue to develop novel assays and tools using CRISPR technology for the study of DNA repair as well as develop novel therapies for cancer and genetic diseases.

Our current projects include:

More more details and a brief history of gene editing and CRISPR, please follow this LINK